Dating: a topic that many individuals find exciting, stressful, and downright unpredictable.  Though dating and forming relationships is not a new idea in any way at all, the day and age that we live in today has produced many new options in regards to the way that we can go about it, especially with the ever-changing role that technology is playing.  With a plethora of dating apps, text messaging, phone calls, emailing, and social media applications involving communication, it has made the search for potential partners both easier and more difficult than ever before.  This is the topic fully discussed and explored in comedian and actor Aziz Ansari’s sociological study entitled Modern Romance.  With the help of sociologist Eric Klinenberg, Ansari produced this book while aiming at discussing dating in a technologically-driven society, and after personally delving into this piece of work, I am definitely more intrigued by the subject than ever before. 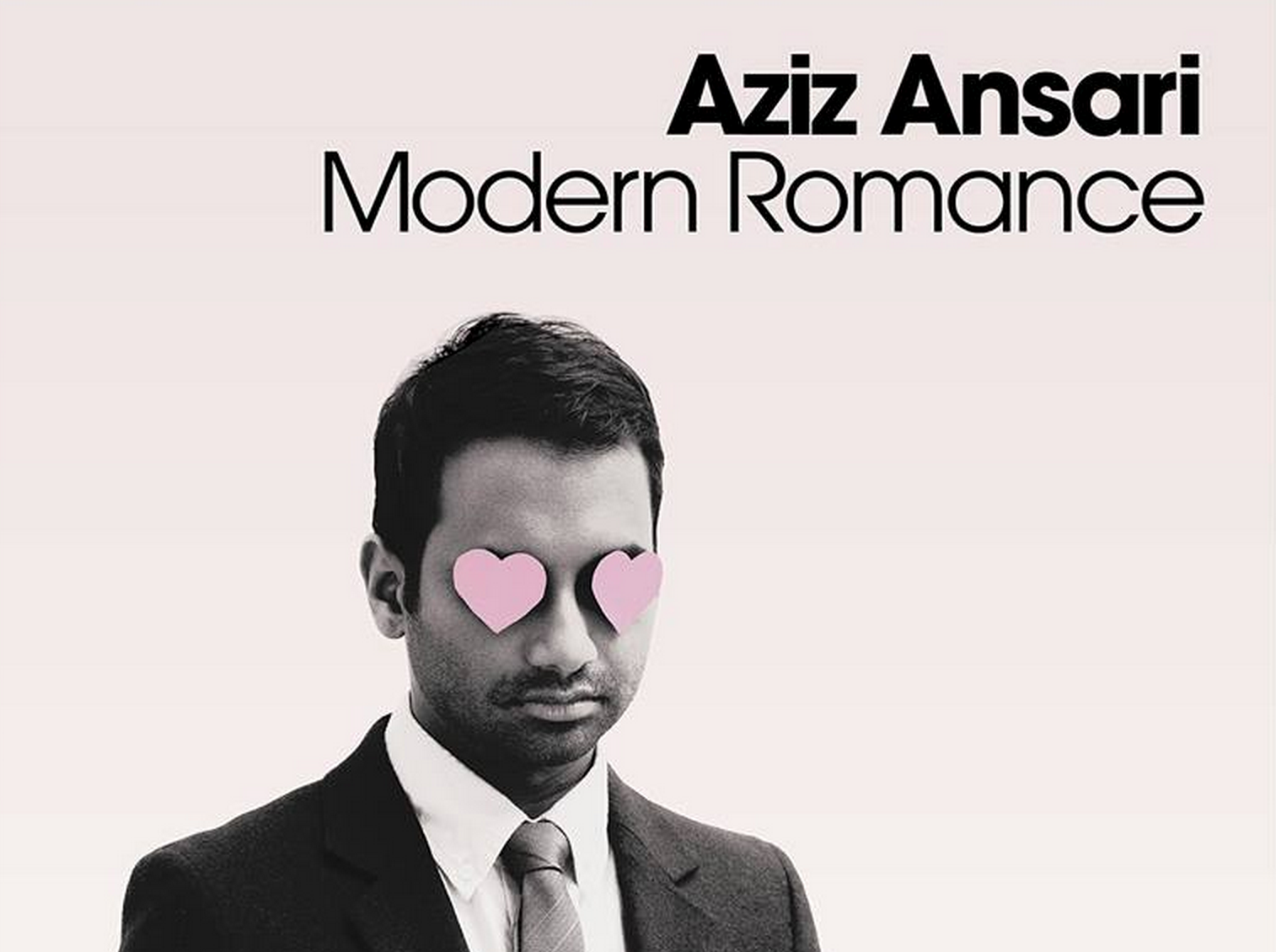 As previously mentioned, Modern Romance is a book primarily focused on the influence of technology on dating and relationships in today’s society.  I went into this book very excited and anticipating a significant amount of jokes and stories, considering my familiarity with the author’s comedic background, and in a sense, I was correct.  The amount of times that this book made me laugh out loud through both Ansari’s and others’ experiences was countless, but there was a scholarly aspect filled with ample research, data, and graphs that backed up claims and supported the ideas being studied.  It was refreshing to read a book that reflects this comedic side of the author through its writing style while also introducing a more serious side focusing on primary research and statistics.  This structure overall made the book both interesting and entertaining, and I felt well-informed and was put in a good mood for the duration of my reading it.

The Realm of 21st Century Dating:

Before going into this book, I genuinely felt as if the only thing that would be discussed would be online dating.  While the book did heavily incorporate ideas about this, it also included discoveries of what dating is like in other countries vs. Western culture, the expectations and stigmas attached to dating in today’s society, and, of course, how technology and applications created to help others meet for common relational purposes.  All of these topics were interesting to me before reading this book, but after diving into the logistics and evidence-based research and discoveries that both Aziz and Eric uncovered, I became even more interested and found that the topics can go much deeper than I originally thought.

In regards to technological advances and how ideas of partnerships and love has changed over time, I found it very intriguing to see the generational differences and how the motivations behind pursuing another person have ultimately evolved.  The discussion behind older generations relying on solely meeting partners through living geographically close to them or meeting others at local places in their hometown to everything available in today’s time has provided a massive difference today.  He also argues that having so many options today has caused us to create an unrealistic goal that there is a “perfect” person out there, which has made society strive for something that might truly be unattainable, causing more difficulty in finding and being in a relationship.  Aziz explains this best in his book by stating,

“That’s the thing about the internet: It doesn’t simply help us find the best thing out there; it has helped to produce the idea that there is a best thing, and, if we search hard enough, we can find it.  And in turn there are a whole bunch of inferior things that we’d be foolish to choose” (Ansari 125).

Between his interviews with those from different generations about dating and relationships to actual circumstances and stories shared, it was interesting to see just how different things are now in comparison to those in their 70s and 80s now, and this gave insight as to how technology has played a role in dating in the 21st century.

Why Modern Romance is Important:

After delving into this study on online dating, I can honestly say that I feel as if it is one of the most important books that I have ever read.  Not only does it go between the good, bad, and absolutely insane parts of dating in a technological world, but it is also has something that anyone can find relatable in some way.  Aziz and Eric provided a multifaceted approach to this hot topic, exploring many topics that make us often as “why,” and because of this, I feel that this is one of the many reasons that it is so important for those dating in today’s society.  While ideas of technology becoming normalized when forming relationships, I feel that biological anthropologist Helen Fisher says it best when she claims that, “The brain is the best algorithm.  There’s not a dating service on this planet that can do what the human brain can do in terms of finding the right person,” and this is ultimately what I feel this book results in uncovering (Ansari 107).  I would highly recommend Modern Romance to anyone interested in the subject, and I feel as if Ansari has created something that is both true to himself and important to an ever-changing and technologically advanced world.

What I’m Up To

what a beautiful place

this view never gets old

such an amazing experience celebrating 50 years of

Excited to be the recipient of ‘Most Outstanding

A huge thank you to our participants who showed ou

Have you checked out my website yet? Link in bio!

Had a fun time filming for @homeworkhotlinetn this

Had a great time getting ready for the #BigPayback

today on set. be on the lookout for my interview s

Ever want to know if someone else’s middle schoo